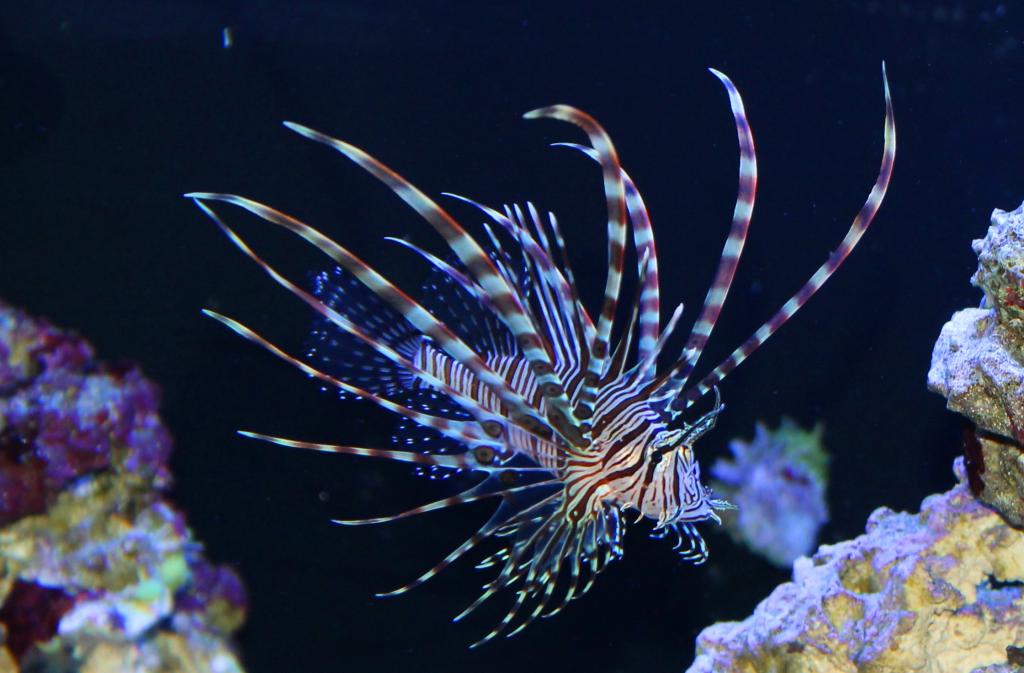 The Volitan Lionfish is a semi aggressive species that hails from the Caribbean and Indonesia.  It is a relatively easy to keep predator that must be housed in fish only aquariums.  With a large mouth and a maximum size of over a foot long, the Volitan Lion will swallow any small prey it encounters.  Its diet should include silversides, krill, squid, and other meaty seafood options

The spines of the Lionfish are venomous and are used purely as a defense mechanism in nature to prevent it from being swallowed by larger predators.   A sting from one of these animals is similar to a bee sting but with more intensity.   Hobbyists who get stung are advised to remove any broken spines from the wound and put it under hot water for approximately 30 minutes or until receiving medical attention.

Now considered an invasive species, the Lionfish has been found as far north as the Rhode Island!  Warming ocean temperatures have provided this fish with an opportunity to survive the winter months.  In order to maintain its availability, it is crucial that hobbyists do not release their pets into the wild.  The Lionfish is a predator and can be very detrimental to an ecosystem that it is not native to.